The Lost Art of Communication

“The actual park bench from the Griffith Park Merry-Go-Round in Los Angeles, where Walt Disney first dreamed of Disneyland.”

In the 1940’s a man took his two daughters to ride a merry-go-round in a park. He sat on an old wooden bench, and watched them spin round and round, laughing and smiling. As he sat, seeing the enjoyment of the girls as their mechanical ponies danced up and down, he pondered the idea of a place where both kids and adults could share this excitement and fun, together. The man on the bench was Walt Disney, and this idea would soon become Disneyland.

If this was 2015, the man would not be on the bench, but right at the edge of the merry-go-round snapping photos to get the perfect angle which would look best with the Lo-Fi filter and thus accumulate the most likes on Instagram and Facebook. There would be no thought process deeper than that, and thus there would be no Disneyland.

Okay that is being really dramatic but you get my point. That embellishment resembles the reflection of who we are today and the use of our phones and social media. The art of communicating face to face and being in the now is slowly dissipating into snapshots of reality as we lift our glance from our glowing phone, entranced in a digital world. All the while we falter in recognizing our actual moment in time; Unless of course you’re going to post it, then you’re hyper-aware because you want it to look the best #nofilter.

“60% of social media time is spent not on desktop computers, but smartphones and tablets.” – Business Insider

I think back on my youth and I feel so lucky that I grew up in a time when cellphones were primarily a way for our parents to call and check in – we had limited minutes and it cost 25 cents to send a text message. People still had house phones, Justin Timberlake had hair that looked like ramen noodles,

and all the dumb shit we did didn’t get photographed and live on in a digital world.

Now we live in an age where our phones are never but an arms distance away from us. I am one of the guiltiest, hell, I’ve checked social media three times since I’ve been writing this. And with Locals Only I am on social media or thinking in social-media-terminology all the time. I am not saying to rid yourself of your phone of social media, but to try to take an hour here and there without your phone.

I had two very different encounters recently. One, in a group where we were day drinking and at least one person was on their phone throughout the day and night. Not necessarily the same person, but between the 5 of us, at least one person had their phone out at any given time. I don’t know if it’s because of our impatience with non-stimulating activity, or just a comfort mechanism we do, but when we are simply just sitting or hanging out, we tend to look at our phones so much more, even in the midst of conversation.

Then the other situation is when 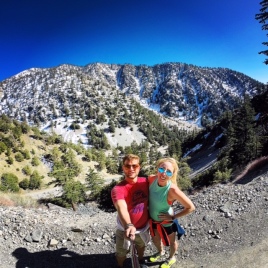 I hiked Mt. Baldy with a friend. At a sprawling elevation of 7,000 feet and tucked in-between snow-covered canyons and cliffs, we didn’t get service. Believe me, we checked… but it was such a relief for a couple of hours to not think about anything but our surroundings: the giant pine trees covering the mountainside like fur, the crisp cool air that became thinner as we trekked, the surrounding snow contrasting the 80 degree weather as we walked in shorts and t-shirts. We were allowed to live in the moment without distraction. Our phones used simply as a pocket watch or camera. It was a great day.

I walked away from the weekend thinking about simpler times – when it wasn’t a rarity to be with friends and talk face to face about real, personal things. Moments in our youth where we took them for granted, like riding the bus to school, recess, group projects… I feel like those moments are long gone and I wonder how kids growing up in today’s society will be – Will they have empathy? Will they have patience? Will they understand facial emotions that aren’t a yellow emoji? (Click here and Read this study)

“The average person spends 90 mins a day on their phone. That figure may not sound like a lot but that amounts up to 23 days a year spent starting at their phone screen.” – Mobile Statistics

I read once that a way to socially time travel into this pre-cell phone phase is to throw a party and put a bowl on a table by the door and when you enter, you have to drop your phone in it. Do you know how hard that would be? Impossible… But 10 years ago that was totally normal, to not have cell phones with social media or outlets for boredom, unless you played Snake or Tetris. 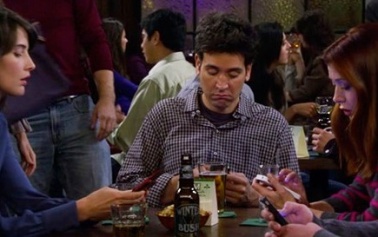 How often do we still connect on those deeper levels, asking questions about our fears, our happiness, our insecurity and doubts, our dreams and aspirations and how much of it do we hold in or pass over in text messages and emails? Did you know Emoji’s were invented to give emotional cues into texts because you can’t tell a person’s tone of voice by reading it on your phone?

Even generations before me, like my parents who have been married for almost 40 years, they now have arguments about the use of their phones – my mom is no longer allowed to have her phone at the dinner table. This is a couple who met 20 years before cell phones were invented, and now they bicker about texting and words with friends.

In conclusion, I am not saying we throw our phones in the ocean or deactivate Facebook, otherwise Locals Only would be screwed… but just take some time away from your phone.  Dedicate one meal a week or one activity where you just leave your phone in the car, and enjoy the company of your surroundings, whether it be nature, a friend, or just yourself.

*Cue the movie scene where main character throws their cell phone away. (The end of Hook, anyone?)

Or just watch Louis CK explain it on the Conan show by clicking: Here 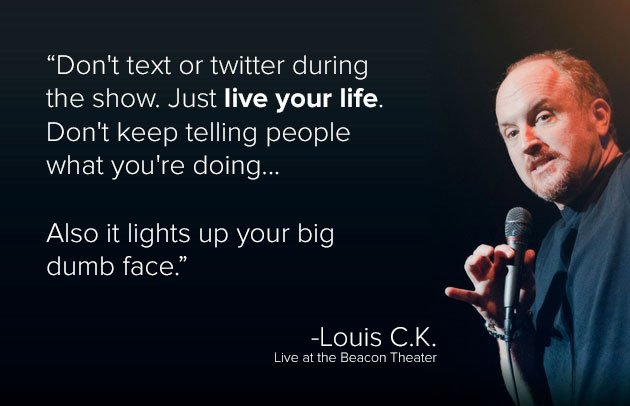